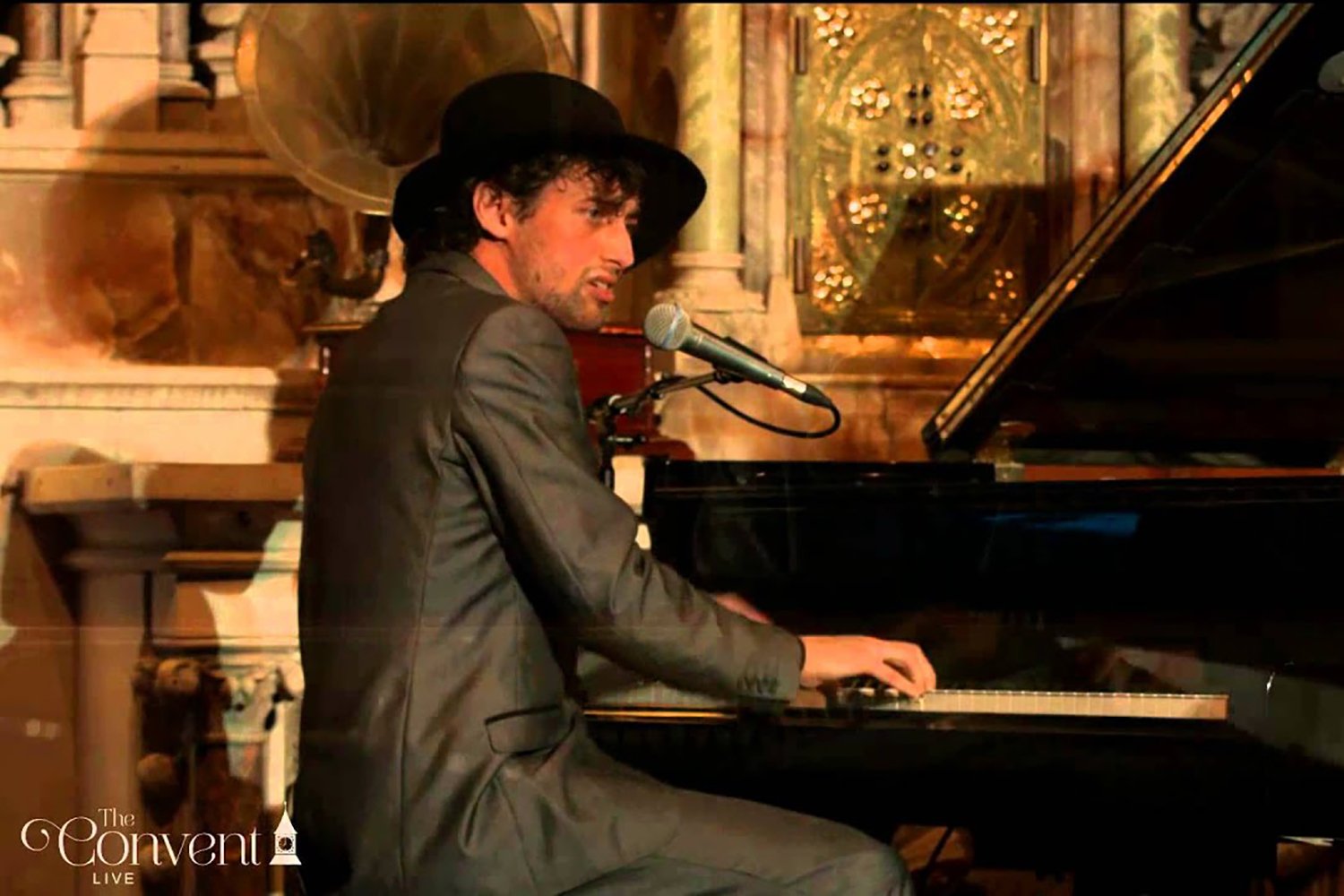 An Evening with Jaz Delorean

Jaz Delorean is an English singer. As well as performing and recording as a solo artist, he’s the composer and singer for British band Tankus the Henge. His most recent solo performance sold out within a few days for the renowned Jazz Club ‘Ronnie Scott’s’ in London.

Influenced by charismatic characters such as Jack Kerouac, Tom Waits and Edith Piaf, his music and lyrics often travel down the wistful, broken-hearted route, performed live with a mischievous glint in his eye and a roguish, lopsided grin.

Jaz has a colourful past and a fascinating present. The songs that he sings and plays on the piano are tender observations of our fragile and sometimes twisted existence on this planet, taking inspiration from bar-room piano players of the Old West, the mournful melodies of his Cypriot ancestry and a patchwork of comic and tragic stories from growing up around a travelling funfair.

Strange things happen in dreams, but stranger things can happen in waking life, and Jaz Delorean has never shied away from baring his tattered soul to anyone willing to listen. He’ll pull at your heartstrings, and get you dancing to the rhythms of his fingers and forgetting your own worries for a time, before skulking off into the blackness behind the neon carnival lights again. Some things aren’t meant to be kept.