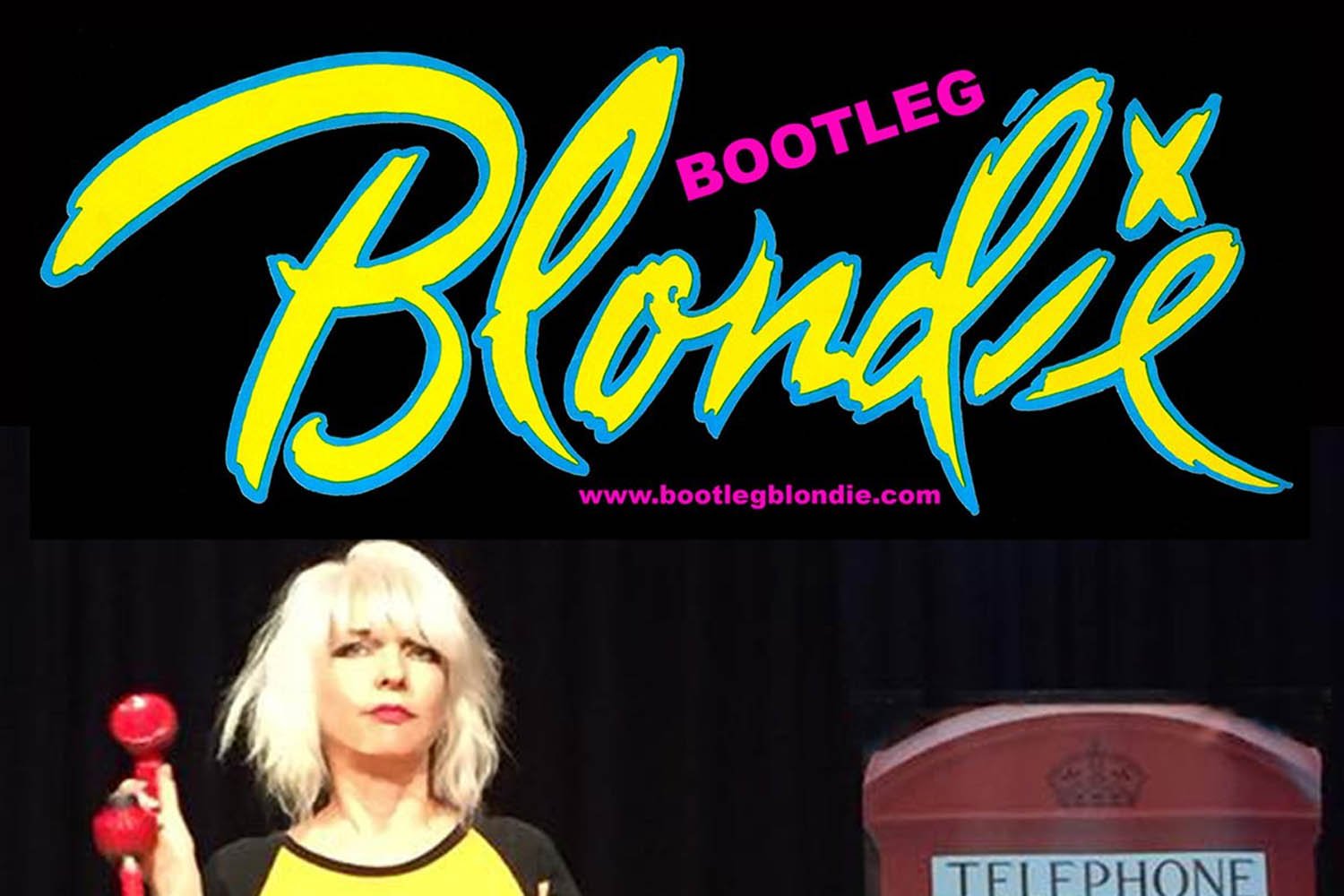 The world’s no. 1 Debbie Harry and Blondie tribute band is coming to Wycombe Arts Centre!

BOOTLEG BLONDIE is the world’s No.1 official Debbie Harry & Blondie tribute band established in 2001, the only Blondie tribute to play the legendary CBGB in New York City and unique in that not only have they had the honour to be thanked on Blondie’s 11th studio album ‘Pollinator’, but also toured the UK in 2019 with one of Blondie’s founding members and legendary drummer, their good friend Clem Burke, to celebrate 40 years since the release of Blondie’s iconic album Parallel Lines! In an interview Andy described Clem as the coolest older brother you could ever want.

Both tours were a whirlwind of sell out shows, radio, press interviews and fab reviews, they drove nearly 5,000 miles and played to over 7,000 people!

On a day off during the first CBBB tour, Andy and Clem wrote a song. They went into a studio in south London and recorded the track ‘Enigma Soho Au Go Go’. Debbie put down some vocals and the single was released in April of this year both online and on vinyl by Pop-Up Music. Awesome!

Debbie Harris and Bootleg Blondie can be seen at all the major venues and festivals around the UK, Europe and worldwide having played the Isle Of Wight Festival, the Shepherds Bush Empire, the 100 Club, the Hammersmith Palais and the Electric Ballroom in London, Eric’s in Liverpool, 80s Throwback Floating Festival cruise and have played with amongst others The Undertones, Slade, Bad Manners, The Beat, Sophie Ellis Baxter, UB40, Faithless, Bootleg Beatles, Heaven 17, Toyah, Hazel O’Connor, Visage, Bananarama, Altered Images, Sister Sledge, Howard Jones, Nick Kershaw, Chas and Dave, Tony Hadley, Big Country and The Idles.

Debbie Harris and the boys have met the REAL Blondie many times, Debbie Harry wished them good luck with their show for their gig at CBGB in 2006 and when Andy and Debbie got married in 2016 they were over the moon to receive two video clips, one from all the Blondie band members and a personal message of congratulations from Debbie Harry herself!