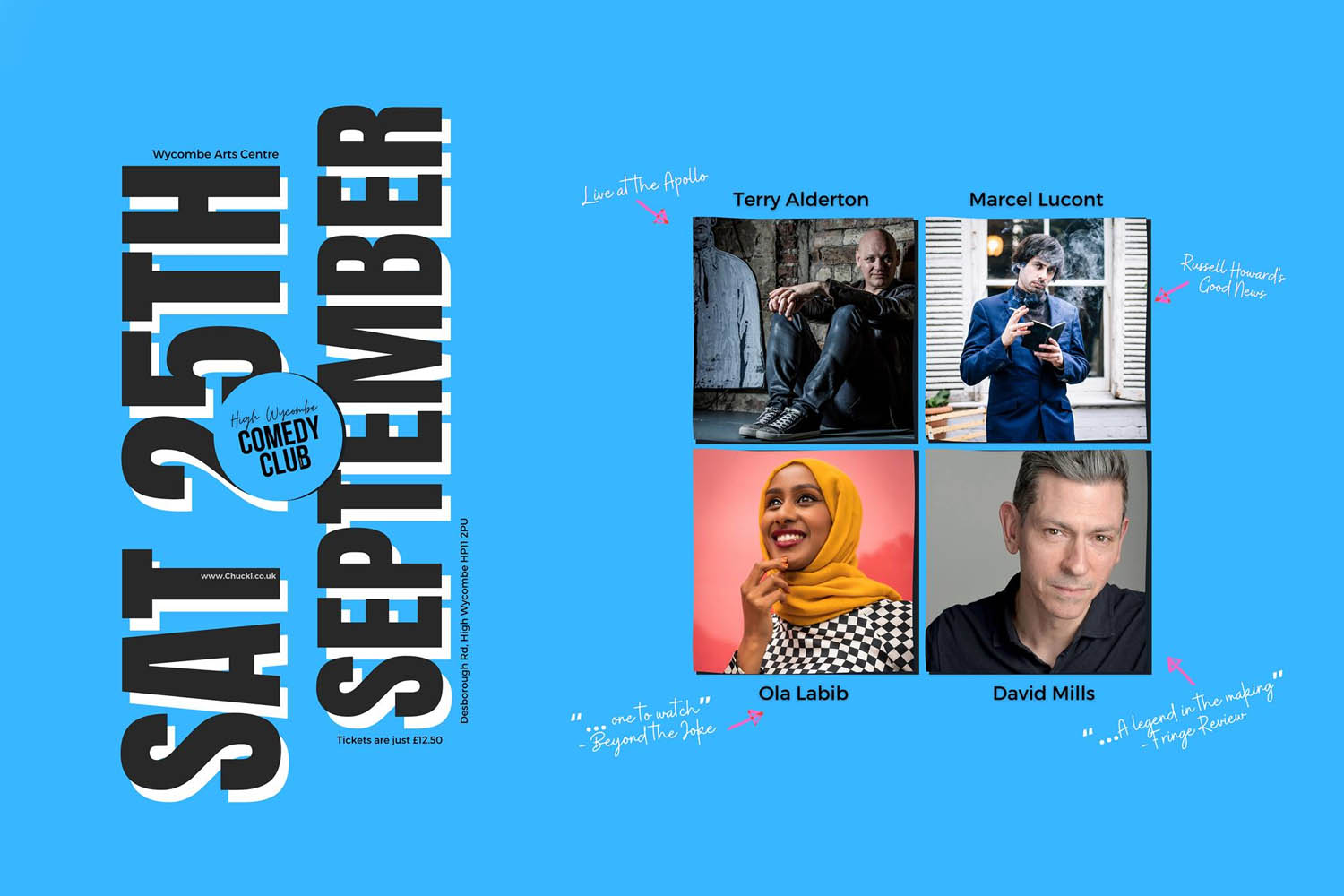 Chuckl. brings you the very best in live stand up comedy!

Join us for a night of giggles and belly laughs at Wycombe Arts Centre, High Wycombe.

Tickets are £12.50 each booking fee via Ticket Tailor: https://www.tickettailor.com/events/wycombeartscentre1/526526

The line up for this show includes:

Unstable and deliciously unexpected” The Guardian

The deadpan flâneur, raconteur and bon-viveur has toured the world with his unique blend of wry observations, bawdy chansons and world-class sex poetry.

Rising star Ola Labib is known for her infectious charm, edgy comedy material and wry humour. As seen on BBC’s Funny Fest (BBC Two / iPlayer) and The Dog Ate My Homework (CBBC), Ola Labib’s exciting comedy has seen her perform at major venues nationwide, including The Comedy Store, Hot Water and The Frog and Bucket.

Though a relative newcomer the British Sudanese comic has been making her mark on the circuit with wonderfully forthright material that pulls no punches. One to watch for sure.’ – Bruce Dessau, Beyond The Joke

David Mills is a London-based American actor, comedian and cabaret performer who won the Hackney Empire’s New Act of the Year competition in 2011. He has performed at venues all over London, the UK and in the US. He’s opened for Ed Byrne, Margaret Cho and Scott Capurro and performed his solo shows at venues such as Soho Theatre, Leicetser Square Theatre, Oval Theatre, Crazy Coqs and the St James Theatre to name just a few. He’s taken six shows to the Edinburgh Fringe Festival.

He appears with Meryl Streep in the 2016 film Florence Foster Jenkinsas Augustus Corbin and with Bennedict Cumberbatch in Patrick Melrose (Showtime, US), as well as having various other stage and screen credits.

David has just returned from the Edinburgh Fringe where he performed his new show FOCUS PEOPLE! at The Underbelly.

A superior act. Mills is an archduke of comedy with the emphasis on ‘arch’. CHORTLE

** Please note the line up may be subject to change. All tickets purchased are to see the show, not individual artists **