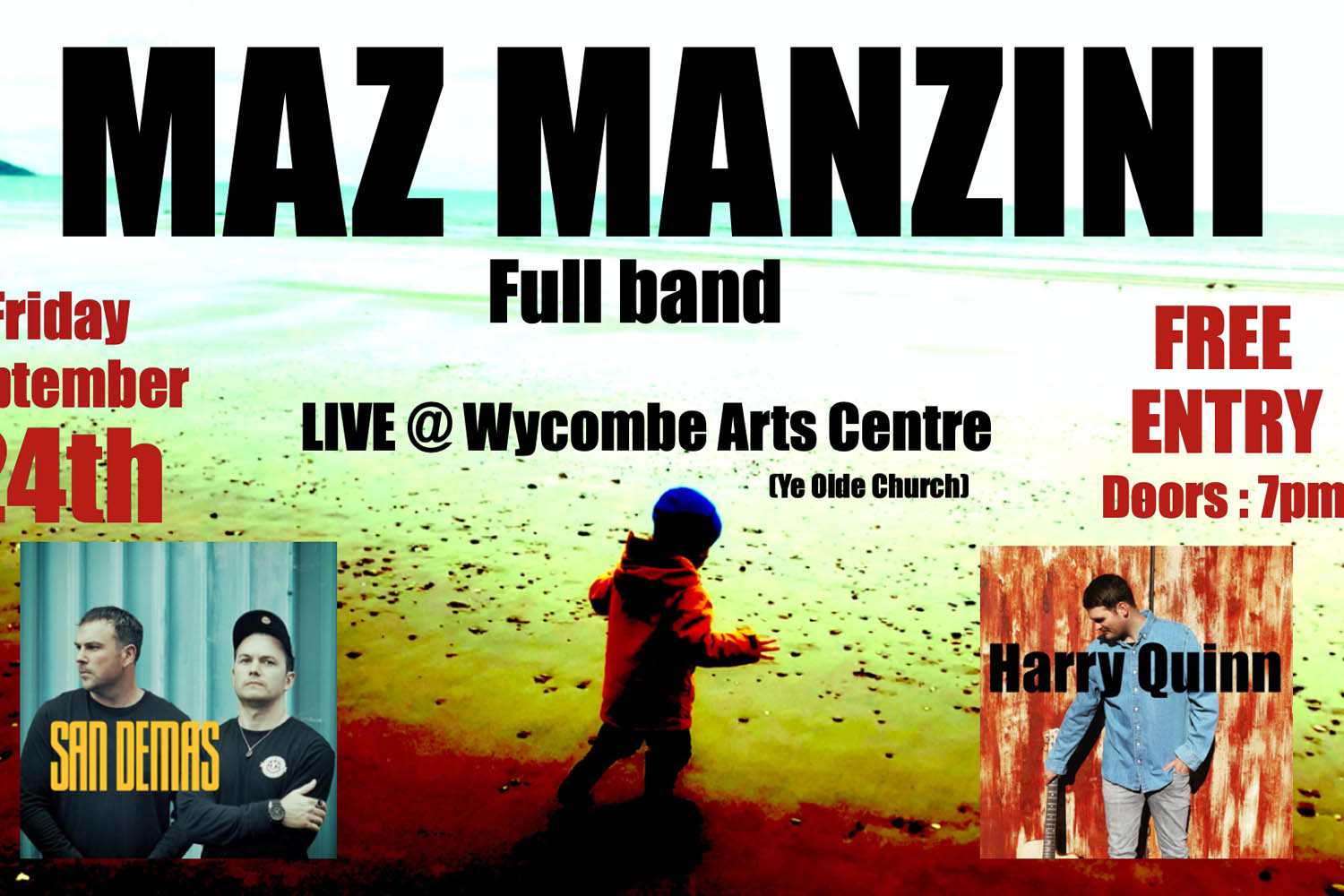 After a long time out, the Maz Manzini band has chosen Wycombe Arts Centre as the stage on which to make its live comeback.

Hot on the coat-tails of Maz’s new album release ‘Nightingales’ (5-star review here), the boys have a special night planned, debuting tracks from the new album and throwing a few old favourites into the melting pot too.

He played 500 shows between 2017-2018, highlights including headline gigs at The Courtyard and St John’s in London and BBC Three Counties Radio. He’s currently working on the follow up to his debut album “Parallels”.

“Parallels” was released on 7th April 2017. The album features a mix of moods and grooves delivered by soulful vocals, dynamic guitar playing and a most excellent bunch of musicians (full album credits available here).

In mid-late 2018, Harry drew up plans for a small recording space. Construction completed in mid-2019, where he’s working hard on album number two.

The debut outing for the Mckee Brothers’ long awaited labour of love. Powerful, melodic, epic – make sure you get there early as you do not want to miss these guys light up the stage.