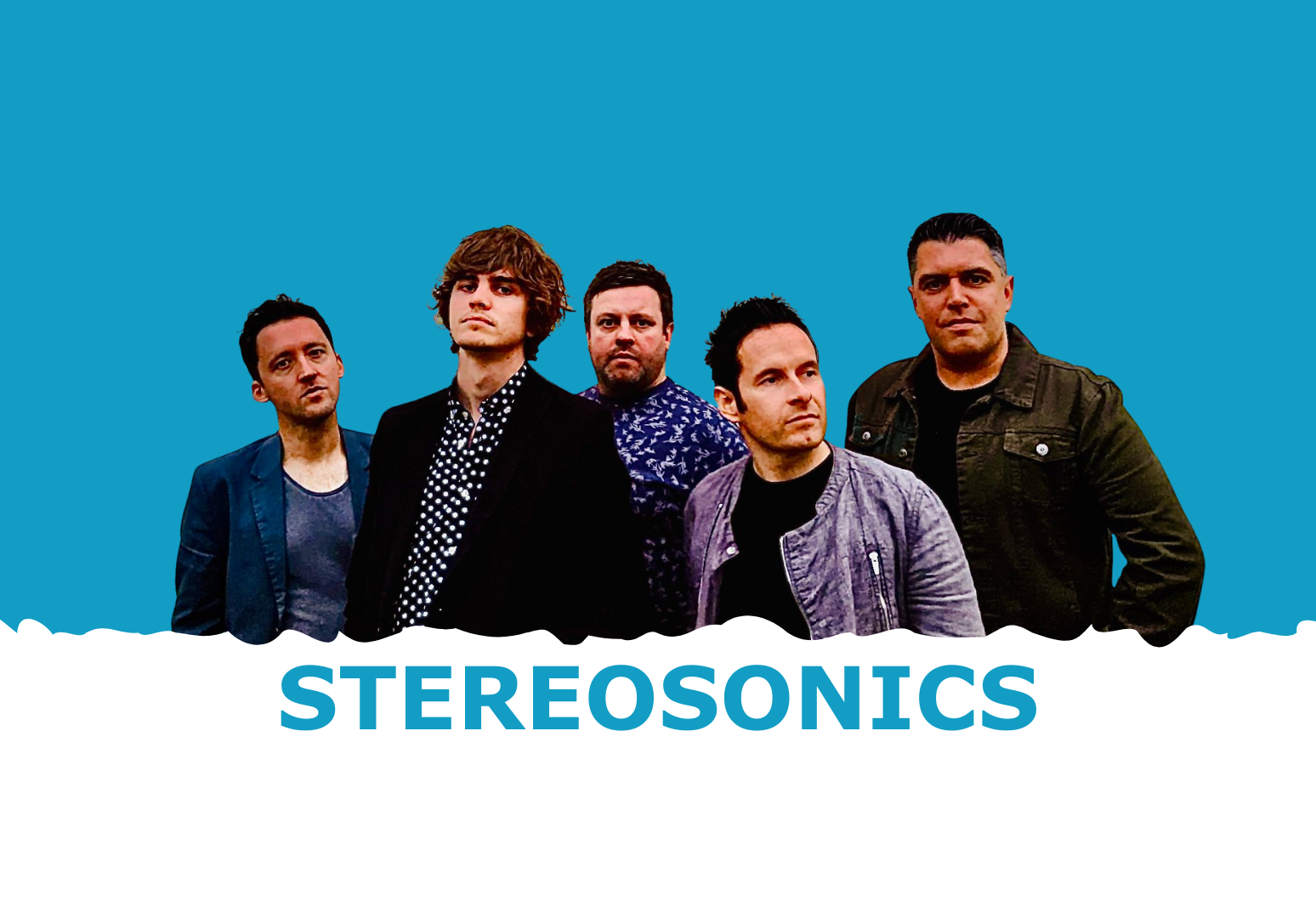 GET YOUR HANDBAGS AND YOUR GLADRAGS READY!

Stereosonics are by far the UK’s best tribute band to the mighty Stereophonics. In 1999 the group began as a covers band playing a varied repertoire of current
and classic anthems. The set included several Stereophonics tracks and it soon became apparent that singer Shane Cross had the same vocal range and a
similar voice to Kelly Jones and soon decided to becomea Stereophonics tribute band.

Having mastered the catalogue of Stereophonics songs one of their earliest gigs was the Working Man’s Club in Cwmaman, Wales; where the Stereophonics played their first ever live show, due to it being Kelly, Richard
and Stuart’s home town! They had the great pleasure of being joined onstage by Stuart Cable – the Stereophonics former drummer – which was a personal highlight for the band. They received many compliments that evening
regarding the performance, not least from Kelly Jones’ mother! A fantastic live band, you can expect an evening packed with all the hits and anthems including ‘Dakota’, ‘Maybe Tomorrow’, ‘Local Boy in The Photograph’,
‘Just Looking’, The Bartender And The Thief’, ‘Handbags And Gladrags’ and more!