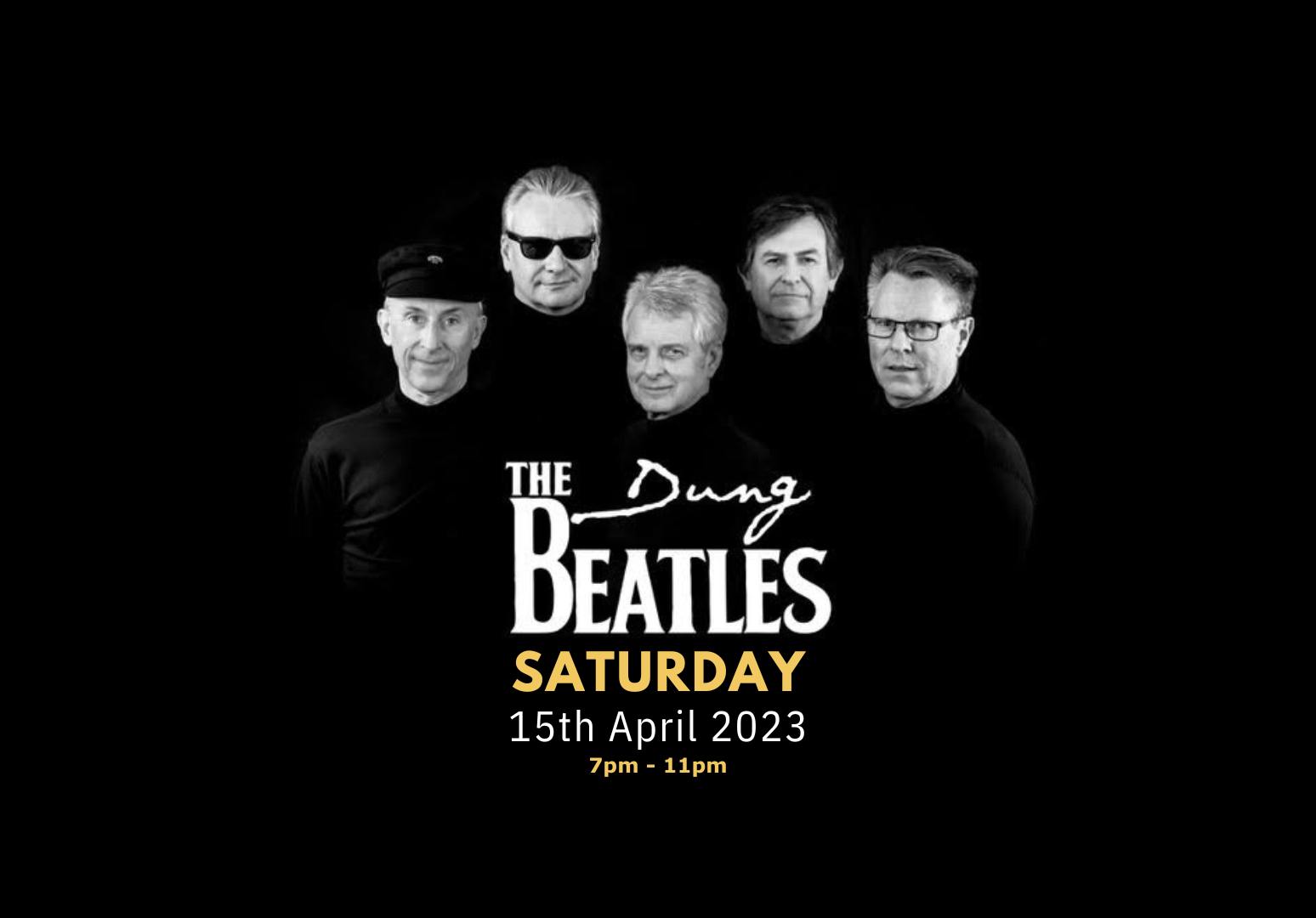 About The Dung Beatles:

Introduced by veteran music entrepreneur and founder of the legendary Friars Club in Aylesbury David Stopps as “one of the top Beatles bands in the World”, The Dung Beatles celebrate The Fab Four’s virtuosity with faithful musical renditions of hits and album tracks from every year of the iconic foursome’s commercial success. Such is the band’s reputation that they are described by The British Beatles Fan Club as “definitely not your average Beatles band”.

Since their formation in 2013, the Bucks-based 5-piece group’s gig highlights have included playing at The Cavern in Liverpool (twice!), several live sessions on BBC radio, performing the entire Abbey Road album to a full-house at Aylesbury’s 1000-seat Waterside Theatre on the album’s 50th anniversary, appearing as headline act at many festivals including Towersey’s main stage, and entertaining over 1,000 students at Trinity Hall Cambridge at their ‘Marmalade skies’ ball. More recently the band’s “Concert for Ukraine” fund-raising initiative raised over £20,000 for charity – initially billed as a single benefit concert in Aylesbury, the event mushroomed into two events through sheer popular demand!

Please feel free to share the flyer and check out the videos below.