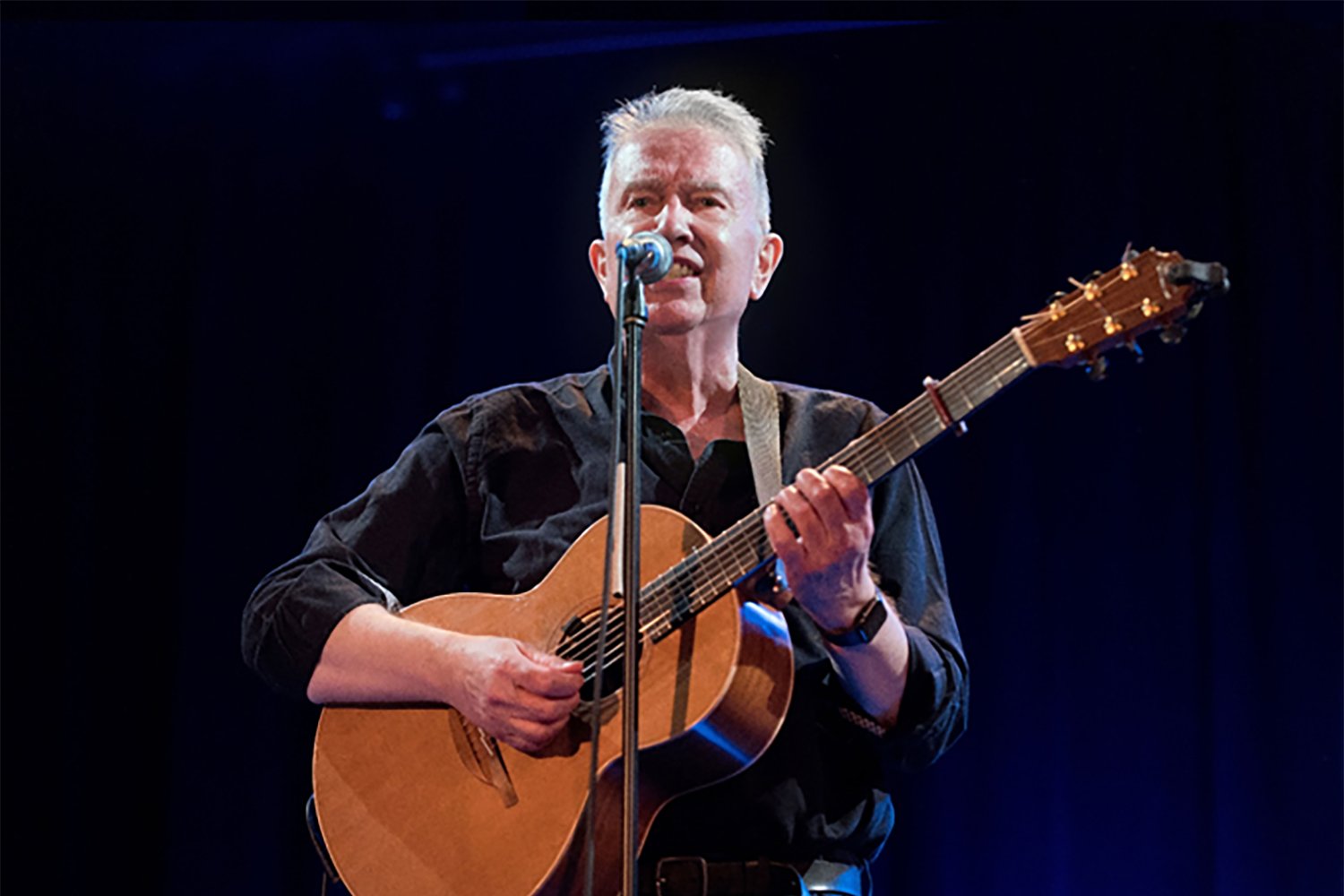 Musician and broadcaster Tom Robinson presents an evening of songs and stories spanning five decades of adventures in the music industry.

Tom’s musical journey began in 1974 when his first band The Tom Robinson Band (TRB) was discovered by Ray Davies and hit the UK top 10 in 1977 with the punk-era anthem ‘2-4-6-8 Motorway’. In 1978 ‘Glad to be Gay’ entered the UK top twenty despite a BBC ban. Tom, one of the decade’s few out gay musicians, continued to volunteer at the then Gay Switchboard as TRB’s debut album went gold. TRB were also founder members of Rock Against Racism and headlined the famous 1978 Victoria Park concert alongside The Clash.

After fleeing to Hamburg to avoid bankruptcy, Tom returned to the UK top 10 in 1983 with the solo hit ‘War Baby’, subsequently collaborating with Peter Gabriel, Elton John, Dan Hartman and Manu Katché via drug smuggling in East Germany, two nervous breakdowns and a period in tabloid hell after falling in love with a woman.

Moving into broadcasting, Tom won a gold Sony Award in 1997 for ‘You’ve Got To Hide Your Love Away’, a radio documentary about queer music. Having made his peace with the BBC, he has been a presenter on 6 Music since its launch, winning a second Sony in 2011, and is now regarded as a champion of emerging musicians while still touring himself at the age of 71.

Expect intimate versions of classics such as War Baby, Glad To Be Gay and 2-4-6-8 Motorway alongside stories from behind the scenes and a sprinkling of fan favourites from his extensive back catalogue.